FacebookTwitterWhatsAppEmail
DuckTales is an American animated television series made by Walt Disney Television Animation. DuckTales is based on Carl Bark's comic book series Uncle Scrooge. The first show of the series broadcasted on September 18, 1987 and ended on November 28, 1990 with 4 seasons and 100 episodes.

In this show, the adventures of Scrooge McDuck and his enthusiastic nephews have been shown. The nephew, who originally lived with his uncle Donald, now lives in the care of Scrooge, when Donald joins the Navy.

Although Scrooge is the richest duck in the world, he constantly tries to find ways to increase his wealth. In many episodes he appears to protect his property from those villains, who want to rob him of all his property. Beagle Boys and Magica De Spell are among the major villains who appear frequently in this show, who always keep looking for ways to rob and cheat Scrooge and his nephews. Flintheart Glomgold, who is always ready to take revenge from Scrooge in the show, always keeps making plans to take his title "The richest duck in the world".

Some stories revolve around Scroog's most important coins, which is the source of good luck and wealth of Scrooge. Scrooge puts that coin in a glass jar and puts it in the safe and continues to protect it from the villains of the show.

In the second session of the show, two characters named Fenton Crackshell and Bubba Duck have been joined. And along with the stories that were different from the earlier session's travelogue storytelling and mainly revolved around Duckburg's contemporary atmosphere. Although Scrooge and his nephew were the main characters of the show, some episodes were also focused on other characters like Launchpad or Gyro. 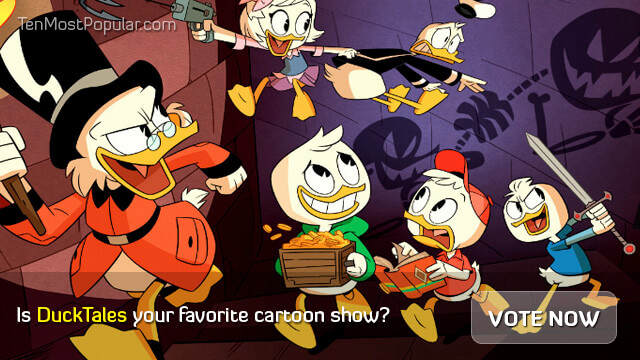