FacebookTwitterWhatsAppEmail
Roberto Duran Samaniego is a Panamanian ex-boxer, nicknamed "Hands of Stone" or "El Cholo". Duran is world-renowned as the best lightweight (135 pounds) of all time, and also broadly cataloged by sports writers and historians and as one of the best pound-for-pound in the history of boxing. Defeated in lightweight at other contemporary champions such as Esteban de Jesús, Suzuki-Guts-Ishimatzu and was able to take Latin boxing to the highest levels, facing many of the best boxers of all times in different boxing categories, making memorable combats. The veteran American chronicler Rich O'Brien cataloged Durán in number three among the ten greatest boxers pound for pound, in addition to being awarded by Sports Illustrated recognition of the best lightweight of all time.

"Roberto Durán" is at the 49th Position in this list. 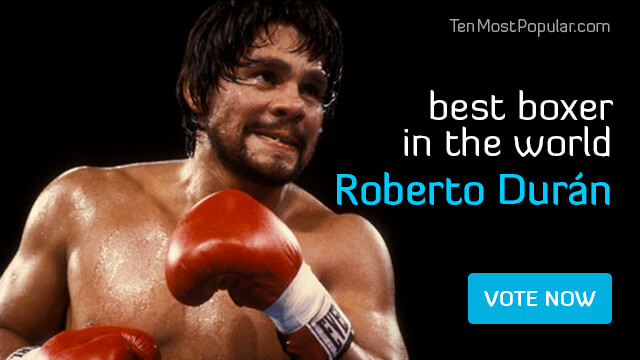