FacebookTwitterWhatsAppEmail
Michael Gerard Tyson aka Malik Abdul Aziz (born June 30, 1966, New York City, United States) is a professional boxer and former heavyweight champion. His promising career was hampered by various criminal cases. Mike Tyson's international nickname is "Iron Mike", referring to his strong iron-like posture. Some other mass media prefer to call it "The Baddest Man on Earth", which refers to its bad temper, both inside and outside the boxing ring. While the Indonesian press prefers to call Tyson the "Concrete Neck" referring to the neck circle of Tyson in its extra-large size from normal size, and looks so sturdy.

"Mike Tyson" is at the 5th Position in this list. 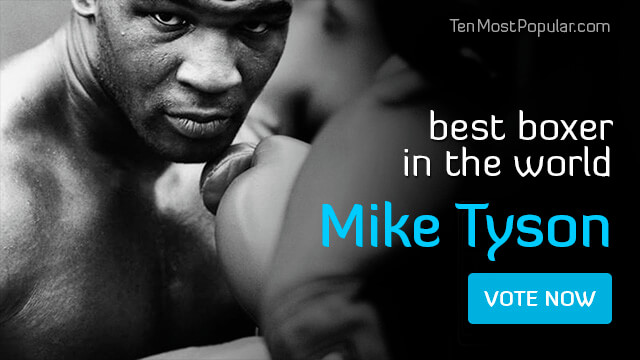