Pacquiao is the first and currently the only professional boxer in the history of boxing worldwide, who became the recognized boxing champion in seven weight classes. He is considered one of the best boxers of all weight classes. The US magazine Time took him in 2009 for the first time in its ranking of the 100 most influential people on.

"Manny Pacquiao" is at the 20th Position in this list. 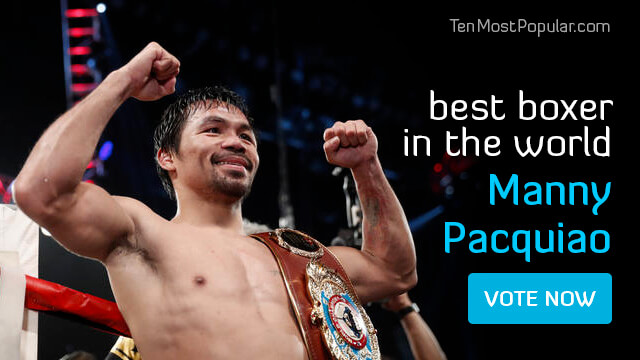