FacebookTwitterWhatsAppEmail
John Arthur "Jack" Johnson (born March 31, 1878 - died June 10, 1946 at age 68), nicknamed Galveston Giant was an American boxer, who at the height of the Jim Crow era became the first African American heavyweight boxing champion (1908-1915). Johnson became one of the most dominant champions of his time, and is still a significant historical figure in the history of heavyweight boxing, with his fight against James J. in 1910, Jeffries nicknamed "the fight of the century." Johnson faced controversy when he was charged with violating the Mann Act in 1912, even though the evidence was lacking and the charges were mostly based on racism. In a documentary about his life, Ken Burns stated that "for more than thirteen years, Jack Johnson was the most prominent and most famous African-American on Earth".

"Jack Johnson" is at the 9th Position in this list. 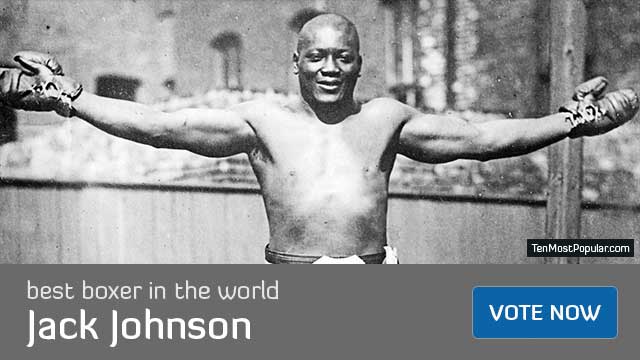