Mohammed Assaf (1 September 1989 in Misrata, Libya) is a Palestinian journalism student and winner of the second season of the singing competition Arab Idol, which had its finale on June 22, 2013. He grew up in the Gaza Strip.

Assaf's grandparents came from the south of Palestine and fled their homeland in 1948 for the reason of the Israeli War of Independence. His father worked in the Libyan Misrata as accountants, there Assaf was born. When he was four years old, the family moved to a refugee camp in Chan Junis. At the age of six, he started singing in a choir. Later, he earned his money as a wedding singer.

In order to come to the casting in Egypt, he had to bribe with begged money from Hamas Egyptian border officials. The hotel in Cairo, where the event took place, was already closed, so he climbed over a fence to get in. All start numbers had already been awarded, but a friend from Saudi Arabia resigned his participation, "because he would sing more beautiful."

In the final he prevailed among other things against a candidate from Egypt, which has twenty times the population of the Palestinian Authority. For the SMS vote, the Palestinian telephone companies cut tariffs and President Mahmoud Abbas called on foreign missions to get the Palestinians in the diaspora to vote. On his triumphant return to the Gaza Strip also sent Hamas, who disapproved of Western TV shows and non-Islamic songs, had initially condemned Assaf's participation in the contest and launched a Facebook campaign against him, an official representative of the Ministry of Culture to receive the border. At his first appearance in the West Bank, a free concert in Ramallah, 40,000 people came.

Immediately after his success with Arab Idol, the United Nations Relief and Works Agency for Palestine Refugees in the Middle East appointed Assaf "Regional Youth Ambassador for Palestinian Refugees".

The Dutch-Israeli director Hany Abu-Assad filmed the life of Mohammed Assaf in his 2015 film, "The Idol", which premiered in early December 2016 under the title "A Song for Nour" in German cinemas.

"Mohammed Assaf" is at the 790th Position in this list. 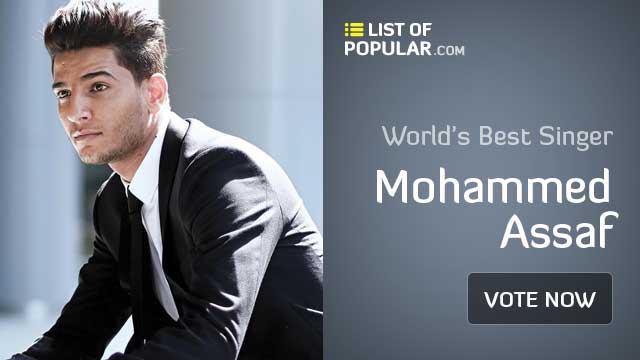