FacebookTwitterWhatsAppEmail
Madan Mohan was an Indian composer, born June 25, 1924 and died on July 14, 1975.

He composed hundreds of film scores, songs inspired by ghazal, which earned him the title of king of ghazal. First assistant of SD Burman, he began composing in 1950 and met his first success with the songs of the movie Aankhen which also sees the beginning of his long collaboration with Lata Mangeshkar.

In 2004, director Yash Chopra decided to revive unpublished songs of Madan Mohan (30 years after his death) in the film Veer-Zaara. They are reinterpreted by his longtime accomplice, Lata Mangeshkar.

"Madan Mohan" is at the 5th Position in this list. 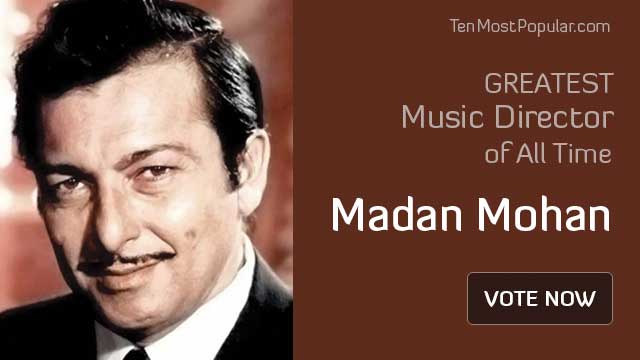