FacebookTwitterWhatsAppEmail
Ilaiyaraaja (whose real name is Gnanathesikan, born on 2nd of June of 1943 in Pannaipuram, a town in the state of Tamil Nadu, India) is a Indian film music composer, singer and lyricist, one of the most recognized in the Tamil film industry. He is considered one of the most outstanding composers of Indian music. Ilaiyaraaja is also an instrumentalist, director and composer. To date, he has composed more than 4500 songs for film soundtracks in more than 950 Indian productions in different languages. His career spans more than 30 years, in particular he is one of the most acclaimed for his background score to compose movie songs in his native India. His compositions have been cataloged as very important proposals reaching the success of many film productions. He is currently one of the most popular composers in history within the Indian film industry of the South.

"Ilayaraja" is at the 1st Position in this list. 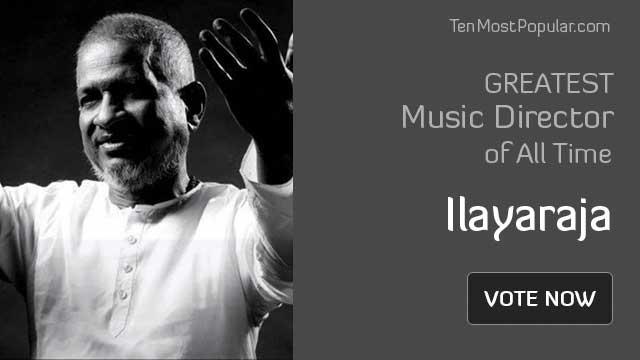