He received his first Filmfare nomination for Humraaz. After this, in 2003, he gave music in the film Tere Naam, whose music album was the best-selling album of that year, and received nominations for many awards including Filmfare, Screen and Star Guild.

Tere Naam film music established him as a successful musician in Bollywood, and in 2004 he gave music in films like Run, Tarzan, Aitraaz and Dil Maange More.

"Himesh Reshammiya" is at the 15th Position in this list. 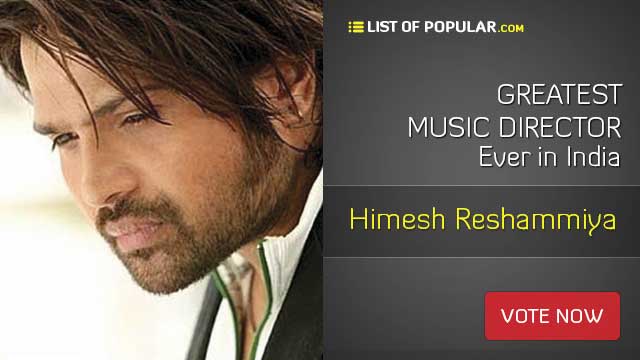