FacebookTwitterWhatsAppEmail
The Kissing Booth  (The stand of the kisses in Hispano-America and My first kiss in Spain) is a romantic comedy of 2018 based on the homonymous novel of the author Beth Reekles. The movie was released on May 11, 2018 by Netflix.

"The Kissing Booth" is at the 41st Position in this list. 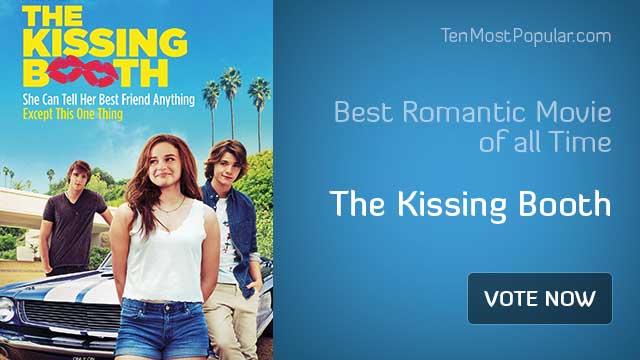