FacebookTwitterWhatsAppEmail
Lootera is a Bollywood romance drama film of 2013 which is directed by Vikramaditya Motwani and is based on O. Henry short story The Last Leaf. It has been made based on the 1950s. Ranvir Singh and Sonakshi Sinha in the lead role in this film. The film's producer Anurag Kashyap, Ekta Kapoor, Shobha Kapoor and Vikas Belal. The background song and background of the film is compiled by Amit Trivedi and the entire music is by Amitabh Bhattacharya and Cinematography is produced by Mahendra J. Shetty. The film was released globally on July 5, 2013.

"Lootera" is at the 5th Position in this list. 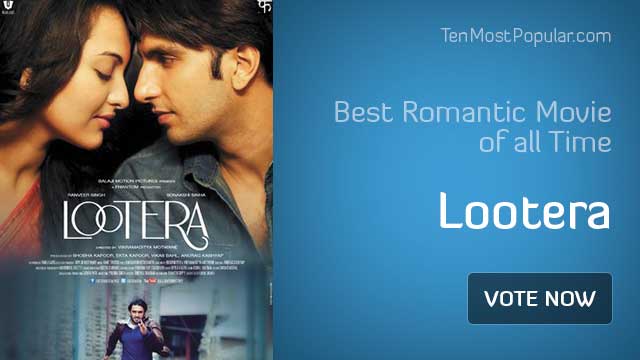