If You Are the One

FacebookTwitterWhatsAppEmail
"If You Are the One" or "I ask not to bother those who are dishonest" is a romantic comedy with melodrama elements telling about a man searching for a suitable second half. The premiere took place on December 18, 2008. The film had successful fees in the Chinese box office: $53.7 million. The sequel to the film was created in 2010 under the name of Unfair, please do not disturb 2.

"If You Are the One" is at the 22nd Position in this list. 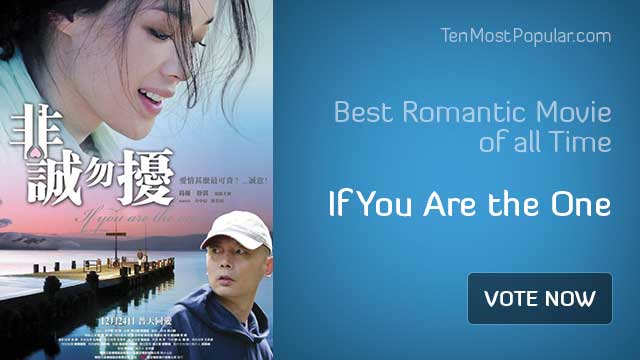 Total Votes: 58
Votes received:1
Up votes:1
Down votes:0
1.79% Popularity
100% Up votes
0% Down votes
Go to voting page
Comments on If You Are the One
Submit
Cancel