FacebookTwitterWhatsAppEmail
The Alhambra is an Andalusian palatine city located in Granada, autonomous community of Andalusia, Spain. It consists of a set of palaces, gardens and fortress that housed a true citadel within the city of Granada, which served as accommodation to the monarch and the court of the Nasrid Kingdom of Granada. Its true attraction, as in other Muslim works of the time, not only lies in the interiors, whose decoration is among the peaks of Andalusian art, but also in its location and adaptation, generating a new landscape but totally integrated with the pre-existing nature. In 2016 it was the second most visited monument in Spain, behind the Expiatory Temple of the Sagrada Familia in Barcelona, receiving the historical figure of 2,615,188 visitors.

Etymologically, "Alhambra" in Arabic is "al-Ḥamrā'" (الحمراء, 'the Red'), from the full name 'al-Qal'a al-hamra' ('red castle'). In its evolution, the Spanish interspersed between the m and the r a b, as in "carpet", which in classical Arabic had the meaning of 'redness', written as 'al-humra'. There are more theories to explain the origin of the name of the Alhambra, because there are other authors who argue that in the Al-Andalus era the Alhambra was whitewashed and its color was white. The name "red" would come because when it was built it was worked at night, and seen at night, from afar, because of the light of the torches, it looked red. Other authors defend that "Alhambra" is simply the feminine name of its founder, Abu al-Ahmar (Muhammad I, reigned 1238-1273), which in Arabic means 'the Red', for being red-haired.

The Alhambra rises on the hill of the Sabika, one of the highest points of the city of Granada. This location sought a strategic defensive situation and at the same time transmit a clear symbol, where the peak of power is very noticeable for the rest of the city, a location chosen to be contemplated. The occupation of this hill dates back to Roman times. From the year 666 date the first written references of a military site in the area. The set has an elongated and irregular shape adapted to the shape of the hill on which it rises. Its length is 740 m. and its width varies between 40 and 180 meters.

After the death of Alhakén II, third caliph of Córdoba, in 976, The political history of Muslim Spain becomes a set of setbacks. The Christian reconquest becomes the dominant impulse within the peninsula. Slowly, Spain becomes Christian. The last Muslim kingdom, that of Granada, survived thanks to having accepted a theoretical Christian sovereignty. The transformation of Granada from a small town into a city of some importance occurred at the beginning of the 11th century, when the Berber dynasty of the Zirids formed a semi-independent principality. Under the three rulers Habus, Badis and Abdallah (1025-1090) the city increased in population. The buildings were concentrated on the hill of the Alcazaba and its immediate surroundings. For the formation of the Alhambra the most important event is the construction by the vizier Yusuf ibn Nagrela of a fortress-palace on the hill of the Alhambra. A poem byIbn Gabirol seems to indicate that the lions of the source of the Lions were originally in the palace of this Jewish vizier. There may have been other purely military constructions on the hill of the Alhambra during the Zirí period, but it is difficult to distinguish them with precision.

The year 1238 marks the second crucial moment of Granada. Muhammad banu Nasrtook the city and through a prudent diplomatic game and the recognition of Castilian sovereignty, managed to remain the sole ruler of what was left of Muslim Spain. The paradox of Nasrid Andalusia consists in the fact that a decadent political and military power, moribund in reality, coincides with an original and surprisingly rich culture. The Alhambra was created in a politically unstable and economically prosperous world. A few chronological landmarks of the Alhambra can be mentioned. In all likelihood the outer walls and the aqueduct were completed by the end of the thirteenth century. The gardens and pavilions of the Generalife date back to the reign of Isma'il (1314-1325). Muhammad V (1354-1359). After three centuries of activity, there are three sectors in the Alhambra: the citadel, the urban fabric and the palaces.

"Alhambra" is at the 8th Position in this list. 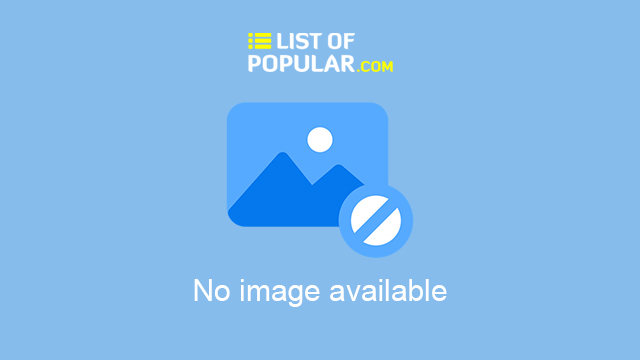