Yana Gupta, birth name is Yana Sinkova (Czech: Jana Synková), Czech model and actress who works in Mumbai. Yana is a citizen of the Czech Republic. After her marriage, she changed her surname to Gupta and kept the same name after the divorce.

Gupta is very fond of roaming around. While living in Poona Ashram of Acharya Rajneesh in India in 2000, she met the artist, Satya Gupta. Yana sang the song during a program in the ashram, wherein Satya accompanied the guitar with the music. Yana understood that he liked her. Satya is fourteen years older than Yana. While staying in the ashram, they began to love each other and they got married after three weeks, Yana changed her Sinkova surname and adopted her husband's surname. Yana's parents were initially in shock. They were worried that Yana would have malaria in India or any other disease.

Prior to the start of her career in India, Yana had succeeded in major fashion centers such as Milan, Hamburg and Japan. After her marriage to Satya Gupta, she rented the flat in Poona with her husband, but within six months she started to lose money. As a model, Yana sent many photographs to many Indian photographers via e-mail. After a few days of waiting, the first proposal came from a fashion designer from Mumbai. Shortly thereafter, Yana went Mauritius for a film shoot.

Yana played the role as an item girl in the 2003 action film directed by Ishwar Niwas, "Babuji Zara Dhire Chalo", which proved breakout performance for her career. After this, she got proposals to work in many item songs.

In 2012, Yana had rejected the proposal to participate in reality TV show Bigg Boss 6 in the sixth season. For this, Yana has blamed some prior commitments.

In 2011 Yana released her first book, titled "How to Love Your Body and Get The Body You Love". Yana has given health tips in her health and wellness English language book.

"Yana Gupta" is at the 27th Position in this list. 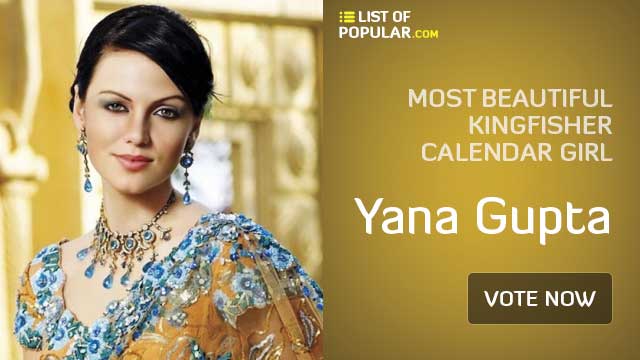