Sushrii Shreya Mishraa is an Indian model and actress. Sushri Shreya Mishra, who lives in Odisha, is not only an actress and model but also an ex-beauty queen, scuba diver and trends Odissi dancer. Shreya has been Kingfisher model in 2016. Shreya also became part of the Kingfisher Calendar in 2019. In the form of Kingfisher Girl, Shreya was in the limelight due to hot and beautiful pictures.

Shreya was born on January 4, 1991 in Sambalpur, Odisha. She belongs to the Army background. Her early education and college took place in Delhi. She has also been an NCC cadet and has also been a part of the Republic Day parade twice in New Delhi. Apart from this, she also won gold medal in Horse Riding.

In 2010, Shreya took part in a beauty contest like "I AM She" and "Asian Supermodel" and went to China. Apart from this, in the year 2013, she participated in the Miss Diva contest and reached the top 7 semi finalists. In 2015, she became part of Femina Miss India, in which she won the title of Miss Rampwalk and Miss Vivesius.

After becoming part of this contest, she entered the world of modeling and became kingfisher's calendar girl in 2016 and 2019. After this, she advertised Garnier with Alia Bhatt and also appeared on the cover page of Graziia Magazine. Shreya has done a small but important role opposite Shah Rukh Khan's Ziro with Abhay Deol.

"Sushrii Shreya Mishraa" is at the 36th Position in this list. 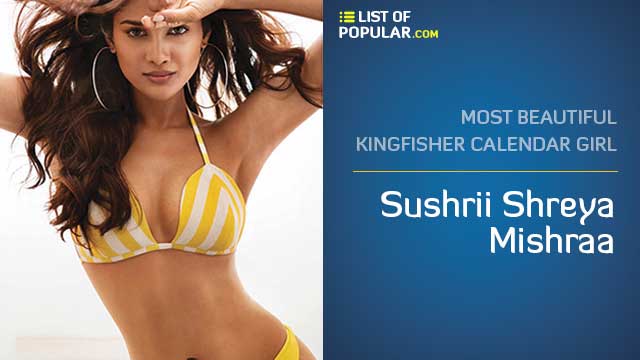