Mimi Blix is a young Norwegian-Ugandan fashion model and recording artist. She has already made her mark in the fashion industry by working for leading magazines like Vogue, Elle, Marie Claire, Cosmpolitan, GQ, Femina and Style to her credit.

Miriam "Mimi" Blix Mutabazi (born September 1, 1991 in Askim) is a Norwegian model and singer. She is best known under the name Mimi Blix and became known during the Melodi Grand Prix 2011 with the song "Allergic" where she ended up in the Last Chance in Sarpsborg where she lost to Sie Gubba in her "duel".

Being a former guitarist and drummer for a band, Mimi, one of the few curvaceous fashion models, is all set to excite the world with her music. Mimi is a regular at recording studios and balance her time equally between fashion and music.

She also participated in the Melodi Grand Prix 2013 with the song "Catch Me" written by Mimi Blix, Dr.Shiver, Luca Montecelli and Mauro Cottini. She didn't come to the finals.

She is a model and has gone on a number of international shows. She has a Norwegian mother and Ugandan father and is the first Norwegian girl to have signed with the largest model agency in the world, IMG. She has been working for, among others, Vogue, Elle, Marie Claire, Cosmopolitan, GQ, Femina and Style. She was a former drummer for a rock band.

"Mimi Blix" is at the 75th Position in this list. 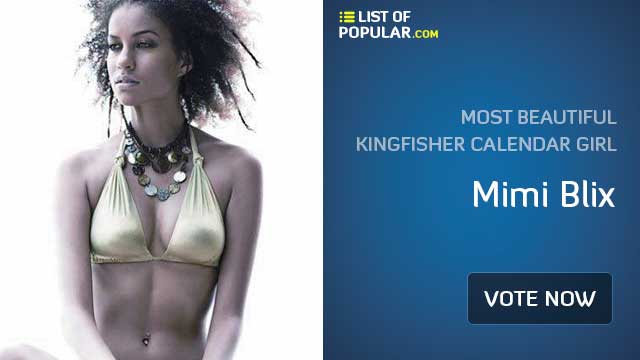