FacebookTwitterWhatsAppEmail
Rahul Dev Burman (born June 27, 1939 - died 4 January 1994 at the age of 54) or popular as RD Burman is a Bollywood Music director, Composer, Singer and Actor. He is the only son of Bollywood music composer Sachin Dev Burman and mother named Meera. Burman is known as a figure of renewal in Hindi film music.

Of the 331 film titles he handled, 292 titles included Hindi films, 31 Bangla films, 3 Telugu films, 2 films in Tamil and Oriya, and 1 film title in Marathi. Burman also composed music for 5 television series in Hindi and Marathi. In addition, he also wrote a number of songs not for films in Bangla (known as pooja songs or modern songs). In 1975, Burnam wrote a song for the documentary Maa Ki Pukaar.

Burman sang in 18 films, and played in two films, Bhoot Bungla (1965) and Pyar Ka Mausam (1967). The idea for one of the songs, "Mehbooba Mehbooba" was taken from the song "Say You Love Me" by Demis Roussos.

Rahul Dev Burman was born in Calcutta. His nickname is Pancham da or Pancham. As a child, he was whiny. The small crying sounds like pa, the fifth note on the Indian music scale. Therefore, he was nicknamed pancham. Another story says the veteran actor Ashok Kumar saw Rahul Dev Burman when the baby often said pa repeatedly, so he called "Pancham". After living in Mumbai, Burman learned to play sarod from Ustad Ali Akbar Khan. He was 9 years old when he wrote the first song titled "Aye meri topi palat ke aa" which his father used as a film song Funtoosh (1956). A portion of the song "Sar jo tera chakraaye" was composed while still a child. His father was happy with his son's song and included it in the music film Pyaasa by director Guru Dutt. When he was a child, Pancham also played a harmonica for the famous song Hai apna, dil to aawara from the film Solva Saal (1958), starring Dev Anand. Pancham began his music career as an assistant to his father. Chhote nawaab's film began RD Burman's career as a film music director. 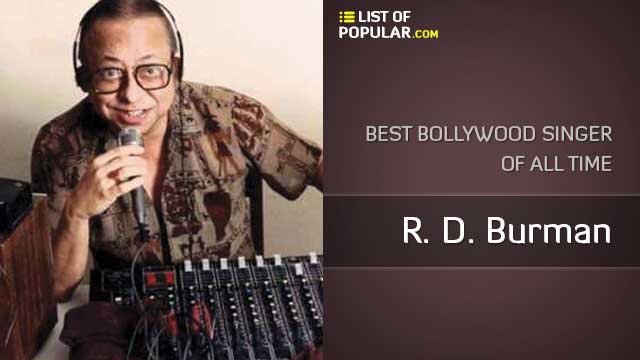