She is the recipient of six national film awards (highest among female vocalists), five Filmfare awards, South and 31 separate-state film awards. She has won all the South Indian State Film Awards. She is called the small Nightingale of south India and the Nightingale of Kerala.

Chitra's father was her first Guru. Chitra graduated in music from Kerala University after receiving education in Karnataka music. She married a businessman named Vijayashankar. Her only daughter Nandana passed away in a pond accident in Dubai in April 2011 at the age of eight. 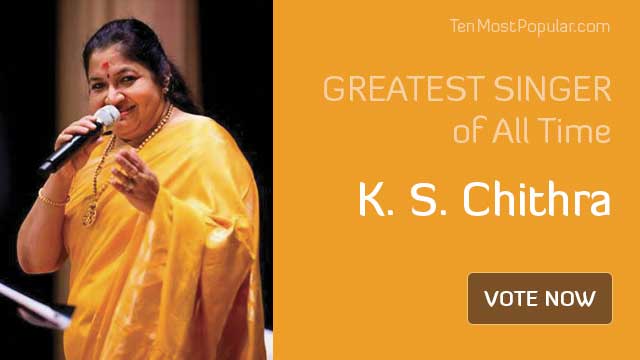