FacebookTwitterWhatsAppEmail
Hariharan (born 3 April 1955) is an Indian playback singer whose songs usually appear in Tamil and Hindi films. He also sang several songs in other languages ​​namely Malayalam, Kannada, Marathi, Bhojpuri and Telugu films. He is a ghazal singer, and one of the pioneers of Indian fusion music. In 2004, he was awarded with Padma Shri by the Government of India and was a National Award winner twice.

Hariharan, along with Lesle Lewis, formed Colonial Cousins, a two-member music group. Born in Trivandrum, Kerala, from the Iyer Tamil family, Hariharan grew up in Mumbai and earned a bachelor's degree in science and law. He can speak Tamil, Hindi, Malayalam and English.

"Hariharan" is at the 22nd Position in this list. 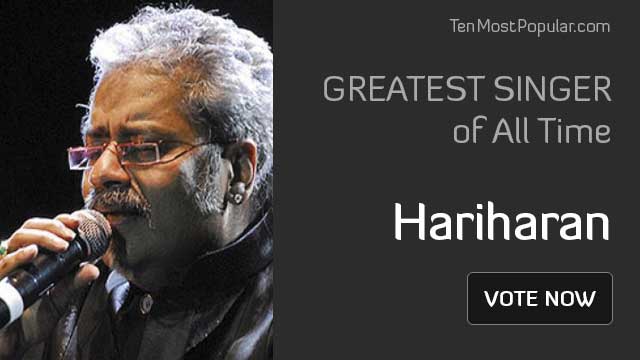