Xenix is ​​different from the version 7 UNIX system which is "its ancestor", by including several elements from BSD, before finally this operating system became the most popular UNIX used considering 16-bit microcomputers are much cheaper than mainframes.

Microsoft did not sell Xenix directly to users, but they licensed Xenix to OEMs such as Intel Corporation, Tandy Corporation, Altos, and SCO who then ported to their respective computer architectures. Before going on top of microcomputers, Xenix runs on PDP-11 minicomputers from Digital Equipment Corporation. The first port of Xenix runs on a 16-bit Zilog Z8001 based microcomputer. Altos then made their own version in 1982. Tandy Corporation also next integrated Xenix into TRS-XENIX with the Motorola 68000 processor in January 1983 which turned out to be even faster, then SCO also made Xenix run on Intel 8086 in September 1983. A port is also made for the Apple Lisa which also uses a Motorola 68000 processor. At the time, Xenix was made based on UNIX System III from AT&T.

"Xenix" is at the 37th Position in this list. 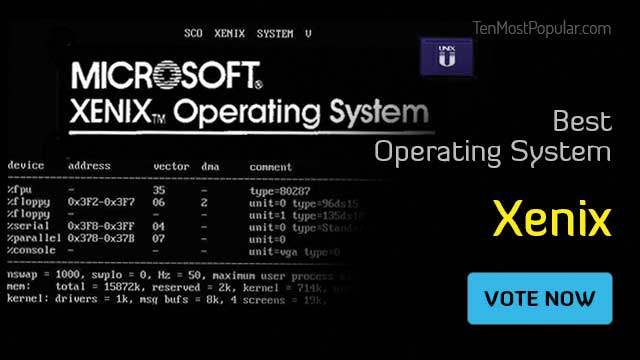