Windows Server 2003 R2 is an improved version of Windows Server 2003 that was released in December 2005, but older users are not free to update to the new version, but require a paid update. However, R2 is currently on the market. In addition to Win2K3 SP1, the content of R2 has another CD, which contains more new features.

According to Microsoft, Windows Server 2003 is more scalable and provides better performance than its Windows 2000 Server predecessor.

Among the novelties that we can find in this Service Pack we highlight:

This service pack can now be downloaded for installation or in an ISO image format to burn to CD or DVD for 32-bit and 64-bit platforms. The Technical Support for this Service Pack will end 12 or 24 months after the next Service Pack, or when the product life cycle ends, whichever comes first.

Windows Storage Server 2003, a member of the Windows Server 2003 series, is an operating system that specializes in Network Attached Storage (NAS). It is optimized for use in file and printer sharing and also in Storage Area Network (SAN) architectures. This edition is only available through reseller through the purchase of specific hardware (OEMs). Unlike other editions of Windows Server 2003 that provide file and printer sharing features, Windows Storage 2003 Server does not require a CAL.

Windows Storage 2003 Server NAS devices can be headless, which means they are without a screen, keyboard, and mouse, and are managed remotely. Such devices are connected to any existing IP network and the storage spaces are made available to all users. Windows Storage 2003 Server can use RAID cluster technology to provide data redundancy, fault tolerance, and high performance. Multiple NAS servers can be clustered to appear as a single storage location. This allows for great performance as well as keeping the storage service available even if one of the member servers goes down.

Single instance storage (SIS) scans storage volumes for duplicate files, and moves these duplicates to a common SIS repository. The files on the volumes are replaced by a link to the SIS file. This replacement reduces the amount of storage space required by up to 70%.

Windows Storage Server R2 can be used as an iSCSI mount with Windows Storage Server R2 standard and enterprise editions, incorporating the iSCSI WinTarget technology that Microsoft acquired in 2006 through the StringBean software. This is an additional feature available for purchase through OEM partners as an "iSCSI Feature Pack", or it is built into some WSS versions configured by OEMs.

Windows Server 2003 Datacenter Edition is intended for infrastructures requiring high security and high reliability. It is available in x86 32-bit, Itanium, and x64 versions. It supports a minimum of eight processors and a maximum of 64 processors; however, it is limited to 32 processors when running on a 32-bit architecture. 32-bit architectures also limit memory addressing to 4 GB, while the 64-bit version supports up to 16 TB of memory. Windows Server 2003 Datacenter Edition also allows you to limit processor and memory usage in "per application" mode.

Windows Server 2003 Datacenter Edition also supports Non-Uniform Memory Access. If the hardware supports it and with the help of the hardware firmware, Windows creates a Static Resource Affinity Table that defines the system's NUMA topology. Windows then uses this table to optimize memory access and provides a NUMA link to applications, increasing the efficiency of process planning and memory management.

Windows Server 2003 Datacenter Edition benefits from better Storage Area Network (SAN) support. It has a service that uses Windows sockets to simulate TCP/IP communications to a SAN provider, allowing access to a SAN through a TCP/IP tunnel. With this, any application that can communicate over TCP/IP can use a SAN without modifying the application.

Windows Server 2003 Datacenter Edition also supports eight-node clusters. The clustering increases availability and server installations fault tolerance by distributing and replicating services on the nodes. Windows supports clustering with each cluster with its own storage space, or all clusters attached to a common Storage Area Network (SAN), which can run on Windows as well as on a non-Windows operating system. The SAN can also be interconnected to other servers.

Windows Compute Cluster Server 2003 (CCS) released in June 2006, is intended for applications requiring very high performance computing servers. It is intended to be deployed on a large number of servers being clustered and thus able to perform high-speed calculations. Each Compute Cluster server network consists of at least one master management node and subnodes of operations that do most of the work.

Computer Cluster Server uses Microsoft Messaging Passing Interface v2 (MS-MPI) technology to communicate between the compute nodes on the cluster network. It links the nodes together with a powerful inter-processing communication mechanism that can be complex because of communications between hundreds, or thousands of processors working in parallel.

The application programming interface consists of more than 160 functions. A job executor allows users to perform jobs on the compute cluster. MS MPI has been designed to be compatible with the MPI2 open source reference specification which is widely used in High Performance Computing (HPC) systems. With some exceptions ready because of security aspects, MS MPI covers all the features of the MPI2 implemented in MPICH2, except for the upcoming functionality of publication and management of dynamic processes.

Microsoft defines a CPU/physical processor as a single socket/node on the motherboard. For operating system licensing issues, a single-core dual-socket processor (Intel Pentium/4 Xeon, AMD Athlon/64) counts for 2 processors, while a single-socket quad-core CPU (such as AMD Barcelona and Intel Core 2 Quad) counts for a single processor. Microsoft's policy does not care how third-party publishers (such as Oracle) manage their processor licensing mode for their application server. 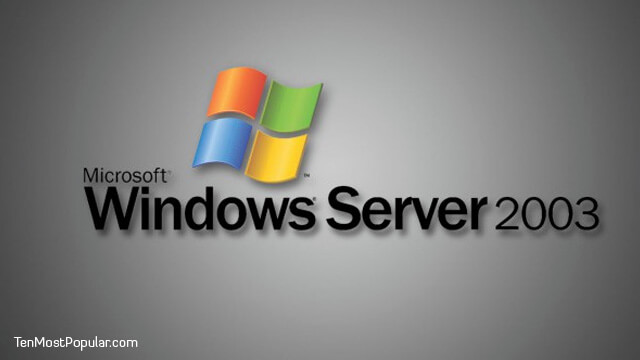