Windows 7 (code name Vienna, Blackcomb and 7) is an operating system developed by Microsoft for PCs such as desktops, laptops, netbooks, tablets and media center PCs.

Unlike Windows Vista, which brought a large amount of new functions, Windows 7 was more focused on improving existing functions and compatibility with its predecessor. Microsoft gave presentations with Windows 7 in 2008 that looked at multi-touch support, the innovations in the Windows shell, such as the new taskbar now called Superbar, a homegroup system called HomeGroup, and improvements to the performance. Many programs previously included with Windows have been removed in Windows 7, such as Windows Calendar, Windows Mail, Windows Movie Maker and Windows Photo Gallery. Most of these applications are now included in the free Windows Essentials software package.

Windows 7 includes a large list of new features compared to previous Windows versions, such as improved support for multitouch, better handwriting recognition, improved support for multi-core processors, improved start-up procedure, Direct Access and improvements to the kernel. Windows 7 also has improved support for different graphics cards used at the same time, a new version of Windows Media Center, a gadget for Windows Media Center, improved media functionality, the XPS Essentials Pack and Windows PowerShell, and a redesigned Calculator with different mode such as Programming and Statistics mode with support for conversion of units such as height, weight, temperature and various others. Several new options have been added to the Control Panel, including display color calibration, Desktop gadgets, Recovery, Troubleshooting, Location sensors and other sensors, Reference management, Biometric devices, System tray icons, and Display. In the English version, the Windows Security Center has been given a new name. ReadyBoost now supports up to 256 GB on 32-bit versions of Windows. The default settings for the User Account Control (UAC) has been revised in Windows 7. Windows 7 now offers standard RAW support through the Windows Imaging Component, which now has standard RAW support enabled. It is now also possible to switch to full screen in Windows Photo Viewer and Windows Media Center.

The taskbar is the biggest visual change, the Quick Launch toolbar has been removed and replaced with the ability to pin programs. Application pin buttons are integrated with the taskbar buttons. Each button also has its own Jump List that provides access to important tasks in the relevant program. The updated taskbar, referred to as Superbar, now also allows users to move active applications on the taskbar. At the far right of the taskbar, a button has been added that shows the desktop when clicked, and when the cursor hovers over it, all windows become transparent and the desktop and gadgets can be seen. This button is part of a new feature in Windows 7 called Aero Peek. If Windows 7 is used on a device with a touchscreen, this button becomes wider so that it is easier to press it with a finger. When a window is dragged against the top edge of the screen, this will be maximized. This is part of the new feature called Aero Snap. If you drag a window to the left or right side of the screen, this will take up half of the screen to improve comparison. As a window influenced by Aero Snap pulled back from its edge, it resumes its original size. These functions can also be accessed with hot keys. Unlike Windows Vista, the taskbar and window borders retain their transparency when a window is maximized with Windows Aero on. Icons on the taskbar are now also larger, so the taskbar is twice as large as in previous versions of Windows. This also displays the date under the clock as standard. In addition, no labels are displayed alongside icons.

For developers, Windows 7 includes a new network API to support building SOAP based web services in native code, new features for shortening installation times, an improved UAC, simplified development and installation packages, and improved globalization support. Through a new Extended Linguistic Services API. At WinHEC 2008, Microsoft announced that Windows 7 will support 30 bit and 48 bit color depth along with support for scRGB (used to convert xvYCC with HDMI1.3). For video mode, Windows 7 also supports 16 bit sRGB, 24 bit sRGB, 30 bit sRGB, 30 bit sRGB with extensive color palette and 48 bit sRGB. Microsoft has also added improved support for solid state drives (SSDs), together with a new TRIM. Windows 7 can now also recognize SSDs. Microsoft has reported to include support for USB 3.0 in a later patch, which is not yet supported because the standard for the release was still under development.

Internet Spades, Internet Backgammon and Internet Checkers were removed in Windows Vista and can be played again in Windows 7. Windows 7 comes with Internet Explorer 8 and Windows Media Player 12. Users are also given the option to disable more options than was the case in Windows Vista. New to the list of components are Internet Explorer, Windows Media Player, Windows Media Center, Windows Search and the Windows Gadget Platform. Windows 7 contains 13 sound schemes, named Afternoon, Calligraphy, Characters, Cityscape, Delta, Festival, Garden, Heritage, Landscape, Quirky, Raga, Savanna and Sonata. There is a new version of Microsoft Virtual PC, renamed Windows Virtual PC, made available for Windows 7 Professional, Enterprise and Ultimate. It gives the possibility to run different versions of Windows, such as Windows XP Mode. Windows XP Mode runs on Windows XP in a virtual machine and offers the possibility to run Windows XP applications within the Windows 7 desktop environment. Characteristic of these applications is that none of them use the Aero Glass interface, but the Luna interface of Windows XP. Remote Desktop (Remote Desktop Protocol, RPD) in Windows 7 has been improved for support to use real-time multimedia applications such as video playback and 3D games. DirectX 10 is needed in Remote Desktop. The limit to run a maximum of three applications simultaneously in the Starter edition (such as in Windows XP and Vista) has been removed in Windows 7 Starter. To upgrade to Windows 7, an installation of Windows Vista is required and a hard disk with at least 16 GB of free space is required.

The development of Windows 7 started just before the release of Windows XP, in 2000. In the version of Windows with codename Blackcomb, the planned successor was Windows XP (codename Whistler) and Windows Server 2003. There were several major improvements planned for Blackcomb, such as major improvements in the search field and an advanced storage system called WinFS. But a minor release, codenamed Longhorn, was announced for 2003, which delayed the development of Blackcomb. Mid 2003 it was announced that Longhorn would already have some of the features announced for Blackcomb. Meanwhile in 2003, Windows systems were attacked by three large viruses in a very short time, which changed Microsoft's priority for the development of Windows. That is why some features in Longhorn were scrapped to free up time for developing a new Service Pack for Windows XP and Windows Server 2003. The development for Longhorn (which later became Windows Vista) was restarted in August 2004. Some of the features that are included in Longhorn had to be present, were permanently deleted.

Blackcomb was renamed Vienna in early 2006. That name was changed again in 2007, this time to Windows 7. In 2008, it was announced that Windows 7 would also become the official name of the operating system. There was some confusion about the name Windows 7, because the version number of the operating system was Windows NT 6.1, which showed that Windows 7 was similar to Windows Vista (Windows NT 6.0) and prevents compatibility issues with programs which only check the major number, similar to Windows 2000 (Windows NT 5.0) and Windows XP (Windows NT 5.1).

The first external version of Windows 7 was released by Microsoft to selected partners in January 2008 as Milestone 1, build 6519. At PDC 2008, Microsoft demonstrated the updated taskbar in Windows 7. Copies of Windows 7 build 6801 were at the end of distributed the conference, however, the demonstrated toolbar was disabled in this build.

Below are the versions from low functionalities to increasingly better ones.

A version intended for people who are working with Windows for the first time and who do not yet need advanced functions, although it is possible to switch to a more extensive version of Windows 7. This starter edition is not available separately, only pre-installed on laptops and computers.

This is a version that does not have much more functions than Windows 7 Starter, except for the support of 64-bit processors, the ability to run multiple programs simultaneously, and the so-called “Aero” interface (which was not yet complete).

According to Microsoft, this version would be the most sold, because this version also sold quickly in Windows Vista. However, this version does not yet have all the functionalities, only the basic functions with the support for 64-bit processors are available for this version. The Windows Media Center is already pre-installed here.

In this version is the Multi-lingual User Interface Pack, with which Windows 7 can be displayed in multiple languages. This is a version that is ahead of the previous versions. This version is simply sold in-store and is pre-installed on new computers.

This is a separate version that is not sold in the store, but is only available for companies through a so-called volume license. Just like Windows 7 Ultimate, this is the most extensive Windows 7 version.

Apart from the fact that this version can also be purchased by ordinary consumers, there is no difference with Windows 7 Enterprise.

All editions support the IA-32 architecture and all versions except Starter support the x86-64 architecture. The installation medium is the same for all consumer versions of Windows 7 with the same processor architecture. Windows 7 is the first operating system where Microsoft offers 2 DVDs (1 DVD for the 32-bit version and 1 DVD for the 64-bit version) with every edition of Windows 7 (except for Starter and Home Basic, some OEMs only provide a copy of the DVD with the 32-bit variant, the installation DVD for Windows 7 Home Basic 64 bit edition is not included but can be requested from Microsoft). Users who would like to upgrade to an edition of Windows 7 with more functions can do this by using Windows Anytime Upgrade to buy a license. Downgrading to a version with fewer functions is not possible. Some versions of Windows 7 have restrictions on where they can be traded, sold and purchased, ranging from the geographic region that is mentioned on the front of the box. 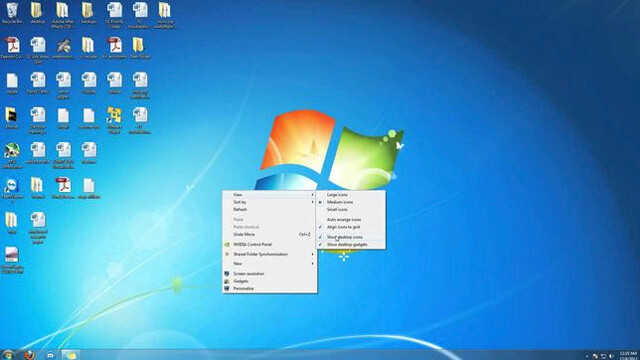 Total Votes: 11141
Votes received:149
Up votes:125
Down votes:24
1.18% Popularity
84% Up votes
16% Down votes
Go to voting page
Comments on Windows 7
Submit
Cancel
2 Comments
it sux
0
0
Reply
Great operating system! The best Microsoft ever bult. A shame it will be discontinued. Windows 10 is, unfortunately, crap.
0
0
Reply