Since 2003, Red Hat has not released any new versions of Red Hat Linux. The company is now focusing on the business market with its new Red Hat Enterprise Linux. Red Hat Linux 9, the latest version, was officially released April 30, 2004 for the last time. However, the Fedora Legacy project still issues updates.

Version 1.0 was presented on November 3, 1994, and although it is not as old as the legendary Slackware distribution, it does hold the title of one of the most classic and robust.

Red Hat Software Inc. It was founded in 1994 by Bob Young and Marc Ewing. In August 1999, Red Hat went public and its shares placed eighth in earnings on Wall Street. Four years later, the value of Red Hat's shares reached around one hundredth of the maximum value it would reach before the dotcom crisis. Even so, its successful beginnings in the stock market served to make Red Hat cover in newspapers and magazines not directly related to computer issues.

In November 1999, the company acquired Cygnus Solutions, a company founded a decade earlier and that had already demonstrated how a comprehensive strategy based on free software can make money.

In September 2003, Red Hat decided to focus its development efforts on the corporate version of its distribution, Red Hat Enterprise Linux and delegated the common version to Fedora Core, an independent project open to Red Hat.

Since 2003, Red Hat has shifted its focus to the business market with the Red Hat Enterprise Linux distribution and the non-commercial Fedora Core version. Red Hat Linux 9, the final version, officially reached the end of its useful life on April 30, 2004, although the Fedora Legacy project continued publishing updates, until the project was abandoned at the end of 2006.

The Red Hat logo shows a red hat worn by a mysterious man, highlighted on the rest of the black and white image.

Red Hat Linux was intended as an operating system for server environments. It was also popular among companies with many workstations because the built-in installation script language "kickstart" made fast installation possible. From version 8.0, Red Hat also focused on the business desktop market.

Red Hat Linux was installed through a graphic installer, called "Anaconda", meant for beginners. There was also a built-in firewall, called "Lokkit".

From Red Hat Linux 8.0 onwards, UTF-8 was turned on as standard text encoding. This had little effect on English users, but facilitated internationalization and support of multiple languages, including ideographic and complex scripts. However, not everyone was happy with this because some old systems based on ISO-8859 could not handle this.

Version 8.0 was also the first version to contain the "bluecurve" desktop theme.

Red Hat Linux missed many functions due to possible problems with copyright and patents. For example: the MP3 support has been taken from both Rhythmbox and XMMS. Instead, Red Hat recommended using the patent-free format Ogg Vorbis. MP3 support can be installed afterwards, although royalties are sometimes required. NTFS support is also missing, it can also be installed afterwards.

Red Hat is installed with a graphic environment called Anaconda, designed for easy use by newbies. It also incorporates a tool called Lokkit to configure Firewall capabilities.

As in Red Hat Linux 8.0, UTF-8 was enabled as the typeface coding system for the system. This has little effect on English-speaking users, but when the upper part of the ISO 8859-1 character set is used, they are coded radically differently. This can be seen, for example, by users who speak French or Swedish as aggressive, as their old archiving systems look very different and can then be unusable. You can undo this change by removing the "UTF-8" part of the language settings.

Version 8.0 was also the first to include the Bluecurve graphic desktop environment.

Red Hat Linux lacks many features due to possible copyright and patent issues. For example, support for the MP3 format is disabled in both Rhythmbox and XMMS. NTFS format support is also absent, but it can also be freely installed.

Originally Red Hat Linux was developed exclusively within Red Hat, with the sole feedback of user reports that recovered from bugs and contributions to the included software packages, and no contributions to the distribution as such. This changed late in 2003 when Red Hat Linux merged with the Fedora Linux Project aimed at the user community. The new plan is to extract the Fedora base code to create new Red Hat Enterprise Linux distributions.

The Fedora Project and Red Hat merged on 22 of September of 2003 (the dates have come from History of Linux at Red Hat). Fedora Core Versions:

"Red Hat Linux" is at the 10th Position in this list. 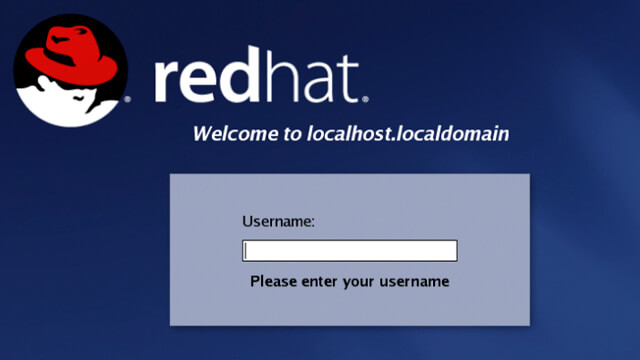