FacebookTwitterWhatsAppEmail
LynxOS is a unixoides real-time operating system of the Californian company Lynx Software Technologies, which primarily on the market of embedded systems is aligned. Although the application areas include predominantly critical applications in military, aerospace, medical, industrial process and control systems as well as telecommunications and consumer electronics.

Under the name Lynx Real Time Systems, the company developed in 1986 in Dallas, a first version for the Motorola 68010 architecture, and thus the first fully POSIX- compatible real-time system. Between 1988 and 1989, LynxOS was ported to the Intel 80386 platform and finally received full ABI compatibility with UNIX System V Release 3 in 1989 and with Linux as of version 4.0.

"LynxOS" is at the 41st Position in this list. 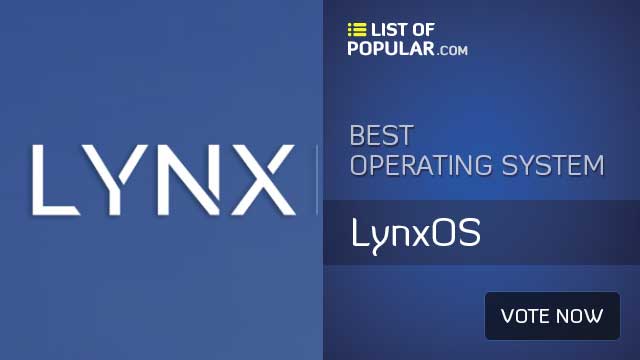