Fedora is a general-purpose Linux distribution based on RPM, which is characterized by being a stable system, which is maintained an international community of engineers, graphic designers and users who report failures and test new technologies. It has the support and promotion of Red Hat.

Fedora is the direct successor to the non-commercial version of the Red Hat Linux distribution. In 2003, Red Hat decided to focus entirely on the business market. The development of the variant for home users was moved to the community (the process is still ongoing). Fedora Core 1 became the new name for the successor to Red Hat Linux 9. The commercial Linux distribution that resulted from this is called Red Hat Enterprise Linux (RHEL) and is based on Fedora. Fedora is available for x86, x64 and ARM devices.

The project does not only seek to include free and open source software, but to be the leader in that technological field. Something to note is that Fedora developers prefer to make changes to the original sources instead of applying specific patches in their distribution, thus ensuring that updates are available for all Linux variants. Max Spevack in an interview said: "Fedora Talk is talk about the rapid progress of free software and open source." During its first 6 versions it was called Fedora Core, because it only included the most important operating system packages.

According to DistroWatch, Fedora is the eighth most popular Linux distribution, behind MX Linux, Manjaro, Linux Mint, Ubuntu, elementary OS, SolusOS and Debian.

The Fedora Project was created at the end of 2003 when Red Hat Linux was discontinued. Red Hat Enterprise Linux (RHEL) remains the Linux distribution officially supported by Red Hat, while Fedora would be a community project. The branches of releases of RHEL are derived from Fedora versions.

The Fedora name derives from Fedora Linux, a project created by volunteers that provided additional software to the Red Hat Linux distribution, and the characteristic Fedora hat used in the commercial distribution logo. Fedora Linux was finally absorbed in the Fedora Project. Fedora is a registered trademark of Red Hat, although this has been previously disputed by the creators of the Fedora repositories project, the problem has been resolved.

In addition to its direct function as desktop distribution, Fedora also has another important function: with the Fedora project, Red Hat hopes to create a large user group that is actively co-developing with Fedora. Red Hat is still helping the development hard, certainly in the beginning, but as time goes by, the community must increasingly develop itself. Red Hat will take over all good developments in its server software.

Fedora has an aggressive development program: it tries to release a new distribution every six months. This gives Red Hat experience with techniques that will be implemented in their "Enterprise Linux", such as the Linux Standard Base (LSB) and the security of SELinux.

Fedora uses the DNF program (as a successor to YUM) to install RPM packages. For example, a front-end for this program is PackageKit.

The Fedora project has been subdivided up to and including Fedora Core 6 into several smaller projects:

After Fedora Core 6 there is no longer a separation between Fedora Core and Fedora Extras, the result of the merger has simply been named Fedora and the first version of this is Fedora 7.

Fedora's standard graphical working environment is GNOME. By the way, Fedora was the first major distribution to use the GNOME standard. The other important working environment is KDE, which is second in terms of use. Other environments such as Xfce, Fluxbox and IceWM are also available from the package sources or on the Fedora DVD edition.

Fedora is distributed in a DVD edition, which contains just about all major software from the package sources and offers more advanced functions in the Anaconda installer. However, there are also LiveCDs with GNOME and KDE, respectively, which are also installable with a simplified installer. In addition, so-called "spins" are offered, special LiveCDs with different standard software, each intended for a specific group of users. In addition, there are also "re-spins": updated versions of a particular Fedora edition. There is also Eeedora, a version specially developed for the Asus EEE PC.

The main editions of Fedora are Workstation, Server and Cloud, the latter is developed for virtual machines.

Fedora Spins are Fedora editions that use desktop environments other than Fedora Workstation (which uses GNOME), which are KDE, Xfce, LXDE, MATE, Cinnamon and SoaS.

Fedora Labs is a set of editions of Fedora with software preinstalled for a specific purpose, such as astronomy, design, video games, robotics, scientific computing and computer security.

There are several alternatives to install Fedora. The first is through a live disk image, which contains all the necessary software after installation. There are also disk images called netinstall, where the software content is the minimum, and the rest is downloaded.

Fedora installer is Anaconda, which is written mostly in Python 2, the GUI in GTK + 3 and there are some parts written in C.

DNF is the Fedora default package manager since version 22, although it was already available since Fedora 18. DNF is a fork of YUM, the package manager previously used by the distribution.

There are four repositories maintained by the Fedora Project from which the software can be obtained.

In addition to the officers, there are several third-party repositories. The most important are RPM Fusion and Livna, which provide both free and proprietary software.

SELinux ("Security-Enhanced Linux") stands out among Fedora's security features, as it implements a wide variety of security policies, including Mandatory Access Control (MAC), through the Security Modules of Linux that are in the Linux kernel of the system.

The distribution is leading the distributions that incorporate SELinux, having introduced it in Fedora Core 2. However, it deactivated it as a predetermined element, since it radically altered the way the operating system worked. It was subsequently activated by default in Fedora Core 3 by introducing a less strict policy. Fedora also has own methods to prevent buffer overflow and use of rootkits. Verification of the buffer at compiles time, "Exec Shield" and restrictions on how kernel memory in/dev/mem can be accessed help prevent this.

Fedora versions are published approximately every 6 months, with a support time ending one month after the release of the subsequent version, approximately 13 months. Until version 20, each Fedora release was identified with a code name. The Fedora version 29, published on October 30, 2018.

Although there are updated lists of Distributions based on Fedora we can name some as:

"Fedora" is at the 8th Position in this list. 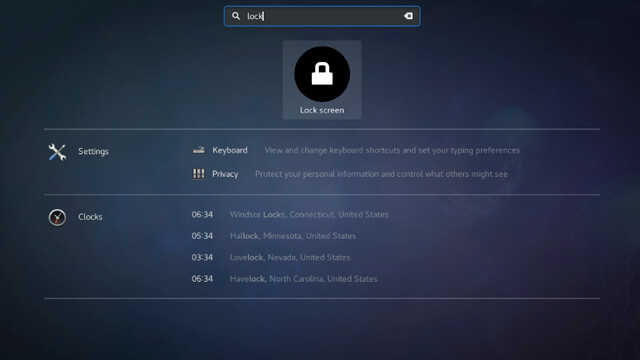