Android is an open source platform and operating system for mobile phones, tablet PCs, cameras and more, based on the Linux kernel and the Java programming platform. In April 2013, more than 1.5 million Android phones were activated every day, making Android the most sold mobile phone operating system. In total, more than 900 million Android devices were activated in May 2013.

Android was developed by Android Inc., a company that was acquired by Google in 2005. The company was later placed by Google in the Open Handset Alliance (OHA). The original idea behind Android was to develop a camera operating system with built-in support for cloud capabilities. Android is now mainly used for smartphones and tablets. With the release of the Android platform on November 5, 2007, the creation of the OHA was also announced. When it was set up, this partnership consisted of 34 hardware, software and telecommunications companies that focus on open standards for mobile devices. The open source platform is available under the Apache license. The first mobile phone manufacturers based on Android were Motorola, HTC, Samsung, LG, Sony Ericsson, and Acer. Until its launch, Android was known as gPhone.

To present Android as a platform, apps had to be developed. A Software development kit (SDK) has been released to support that process. This also makes it possible for others than Google to make their contribution. To speed up this process, Google launched a competition in 2008, the Android Developer Challenges, where prize money was made available for the best application. In August 2008, the Dutchman Eric Wijngaard won the first prize with the PicSay program, which made it possible to edit photos on an Android device.

Applications can be distributed via the Google Play Store (formerly the Android Market). End users can download or buy games, applications, films and books via the Play Store. The options vary per country. Belgium was given access to Google Play Books on 26 June 2013, the Netherlands followed on 18 July in the same year. Developers can use the Play Store to distribute their software. Both free and paid applications can be distributed via the Play Store, depending on the country of the user, the version of Android on the mobile device, the provider of the software and whether it is free or a paid application, and the telecom provider. For example, in the United States, some telecom providers have blocked Wi-Fi tether apps for fear of customers going to the Wi-Fi hotspots of other mobile users, making them less money. These blocked apps can be downloaded separately and simply installed. Only installing through the Google Play Store does not work.

Unlike Apple's App Store for iOS, developers who offer their applications through Google Play are allowed to offer this software outside of this too. This makes Android more user-friendly than its competitors, but this makes it easier for Android devices to catch viruses.

A number of versions of Android have since been released. From Android 1.5 to Android 9, each new version was given a name for a dessert or candy. As part of a rebranding of the operating system, from Android 10 every new version will get their version number as the official name. With this Google wants to ensure that the version numbers are recognized universally. This also ensures that there is less confusion about what the latest version of Android is.

"Android" is at the 1st Position in this list. 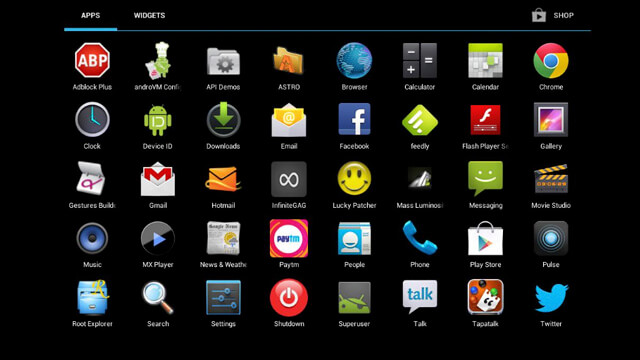 Total Votes: 11148
Votes received:255
Up votes:244
Down votes:11
2.3% Popularity
96% Up votes
4% Down votes
Go to voting page
Comments on Android
Submit
Cancel
4 Comments
Needs to be more secure, but it is still way better than any excuse windoze or apple can come up with... any day of the week.
2
0
Reply
hi this nice
1
0
Reply
without it no mobile were able to run thanx android
1
0
Reply
this is the wrost
0
3
Reply