His father, Grünbaum Henrik (police officer), died early, so at the age of 13, Charles was forced to work for bread. He was a printmaker and was successful with his songs on the artistic stage of the printing association. At the age of 14 he sang in a King Street orphan. Thanks to his talent, vocal and joyful broadcast, he gained fame and became Hungary's leading actor-singer. He made Hungarian songs known in a world where German was the official language and the songs were written in German. Károly Baumann performed at full-house performances, the podium competed for advertising their posters with his name. Several couples sang in front of the camera (silent films with recordings), of which "Sherlock Holmes" became known abroad. At the peak of his success, Károly Baumann attacked by laryngeal disease, but he continued his work despite the difficulties, although he was already singing less songs. In 1912, a café was opened and, in vain, a famous man in the contemporary Pest, where countless cafés operated, his business was not viable. On the 30th anniversary of his career, the color of Hungarian theater life welcomed him in Orpheum. His audience didn't, only his colleagues knew how embarrassing his performance was. His death is ultimately caused by a lot of painful laryngeal tuberculosis. The family-loving man left five children. The capital gave a decoration.

Károly Baumann was singing in Hungarian at an age when German was the official language in Hungary. It brought fashion, made the Hungarian songs successful.

He won Gold Medal in the Hungarian Comic Competition in 1905.

"Károly Baumann" is at the 115th Position in this list. 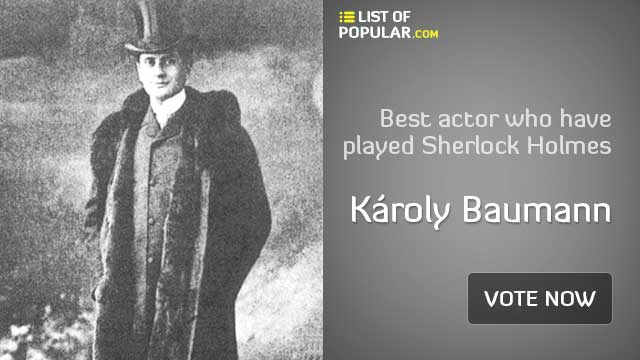