Doordarshan News, commonly known by its abbreviation as DD News. It is India's only 24-hour terrestrial (broadcast without satellite) TV news channel. The Prasar Bharati Company Board proposed that DD News approve to start a 24-hour news channel in place of DD Metro, which was about to be closed. It was later approved by the Union Cabinet at the October 3, 2003 meeting.

"DD News" is at the 1st Position in this list. 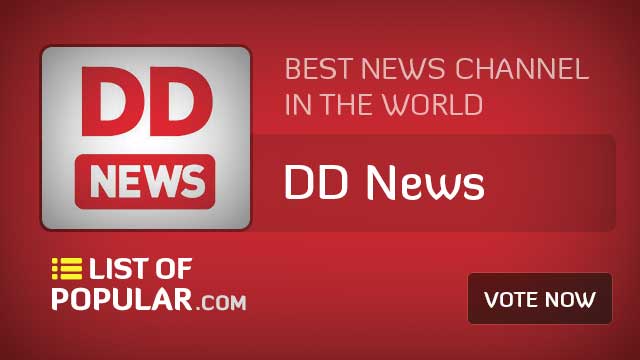