FacebookTwitterWhatsAppEmail
Matt Sloan (March 24, 1973) is an American actor, writer, producer, director and a well known YouTuber. He is known for his roles in the television series Chad Vader: Day Shift Manager (2006), Beer and Board Games (2010), and Welcome to the Basement (2012). Also present a show on YouTube called Welcome to the Basement.

"Matt Sloan" is at the 15th Position in this list. 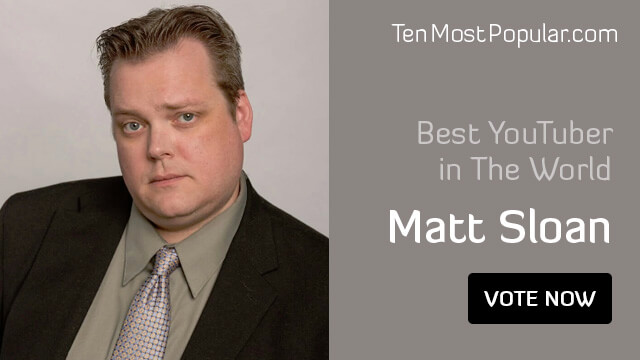