FacebookTwitterWhatsAppEmail
Alice's Adventures in Wonderland, often shortened to Alice in Wonderland is the best known children's work of Charles Lutwidge Dodgson, published in July of 4 1865 under the pseudonym Lewis Carroll. It is one of the most celebrated works of the nonsense literary genre.

The book tells the story of a girl named Alice falling into a rabbit hole that transports her to a fantastic place populated by quirky and anthropomorphic creatures, revealing a logic of the absurd, characteristic of dreams. This is full of satirical allusions directed at both Carroll's friends and enemies, from parodies to popular English children's poems taught in the nineteenth century, and also from linguistic and mathematical references often through enigmas which contributed to its popularity. It is thus a work of difficult interpretation because it contains two books in one text: one for children and one for adults.

This book features a continuation of Alice from the Other Side of the Mirror, and both also influence works such as The League of Extraordinary Gentlemen by Alan Moore and Sandman by Neil Gaiman.

"Alice's Adventures in Wonderland" is at the 7th Position in this list. 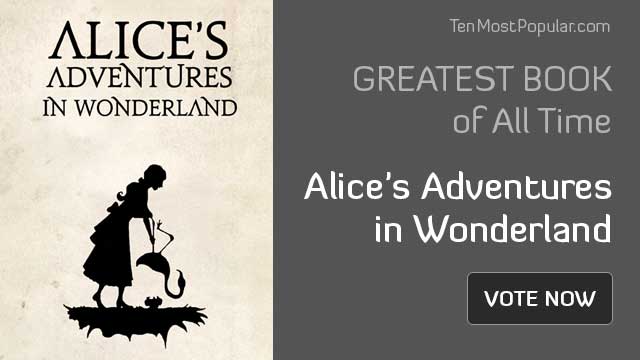