FacebookTwitterWhatsAppEmail
Yana Gupta's birth name is Jana Synková. Yana Gupta is a Czech model and actress who works in Bollywood. Yana is a citizen of the Czech Republic. After his marriage, he changed his surname to Gupta and kept the same name even after divorce.

Before the start of her career in India, Yana had succeeded in major fashion centers such as Milan, Hamburg and Japan.

In 2003, Yana played an item girl in the famous song "babuji zara dheere chalo" from the movie Dum directed by Ishwar Niwas, which proved breakout performance for her career. After this, they were offered proposals to work in many movie item songs.

"Yana Gupta" is at the 14th Position in this list. 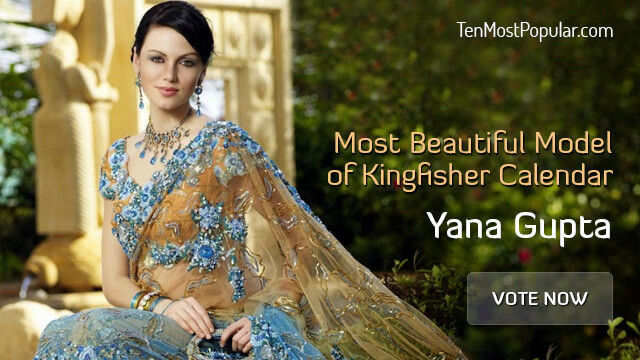