FacebookTwitterWhatsAppEmail
Rochelle Rao is an Indian model and anchor. Rochelle was awarded the crown of "Femina Miss India International" in 2012. She has also appeared in Kingfisher Calendar several times. Rochelle joined Bigboss 9 as a participant in 2015. Rochelle Rao participated in the fifth Pantaloons Femina Miss India South Pageant in January 2012, where she was the first runner up.

In 2012, she represented India in Miss International 2012 pageant in Okinawa, Japan, where she was ranked ninth from 68 countries. In 2012, she was crowned for "Femina Miss India International". After that she was also a hosted "Indian Premier League Season 6".

"Rochelle Rao" is at the 4th Position in this list. 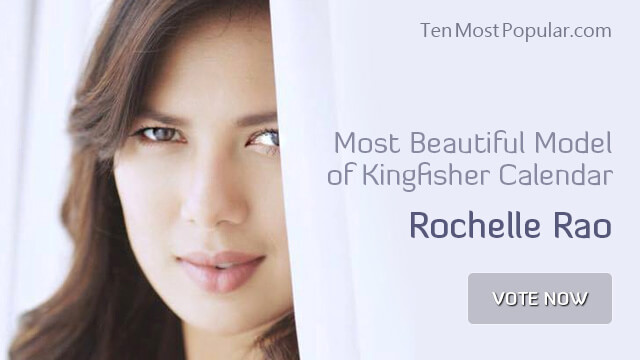