FacebookTwitterWhatsAppEmail
Lisa Haydon is an Indian model and actress who works in Bollywood films. She has received critical acclaim for her work in the "Comedy Drama-Queen". Haydon has worked in a number of commercially successful films like "Housefull 3" and "Aye Hai Hai".

She was first seen by Anil Kapoor and his son in a coffee shop, then she was selected for the movie "Ayesha". In 2014, Haydon was seen in "Queen" with Kangna Ranaut. Haydon's performance in this movie was very much appreciated by critics. The film received unanimous critics praise and was also hit at the box office.

"Lisa Haydon" is at the 6th Position in this list. 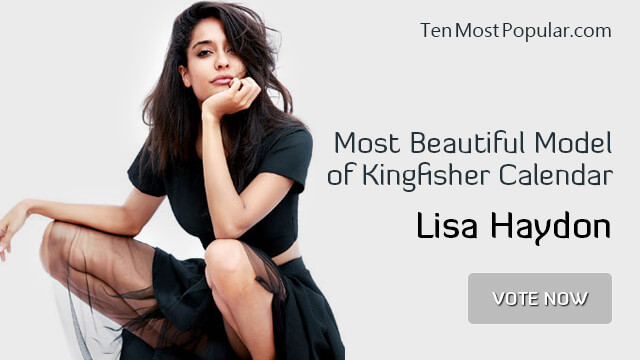