FacebookTwitterWhatsAppEmail
Esha Gupta is an Indian actress who works in Hindi films. She won the Miss India International title in 2007. She represented the country in the Miss International 2007 competition. In 2012, Mahesh Bhatt made her a part of the special films on the three films' agreement. She also appeared in Bhatt's film Raj 3D and Prakash Jha's Chakravyuh.

"Esha Gupta" is at the 12th Position in this list. 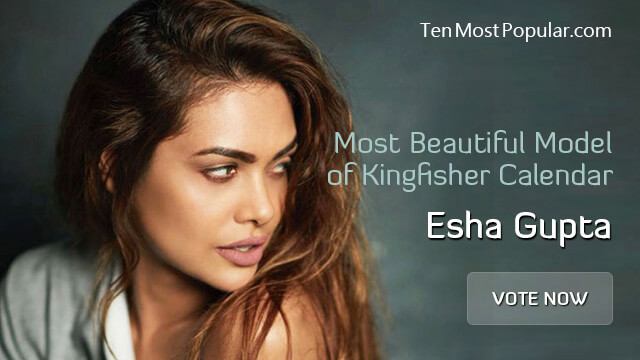