FacebookTwitterWhatsAppEmail
Facebook is a social networking service headquartered in Menlo Park, California, United States which was launched in February 2004. Until September 2012, Facebook has more than one billion active users, more than half of them use cellphones. Users must register before they can use this site. After that, users can create a personal profile, add other users as friends, and exchange messages, including automatic notifications when they update their profile. In addition, users can join groups of users with the same interests, sorted by workplace, school or college, or other distinctive features, and group their friends into lists such as "Coworkers" or "Close Friends".

Facebook was founded by Mark Zuckerberg with his roommates and fellow Harvard University students, Eduardo Saverin, Andrew McCollum, Dustin Moskovitz, and Chris Hughes. Membership of this website was initially limited to Harvard students only, then expanded to other colleges in Boston, Ivy League, and Stanford University. This site is slowly opening up to students at other universities before being opened for high school students, and finally for everyone who is at least 13 years old. Even so, according to the Consumer Reports survey in May 2011, there were 7.5 million children under the age of 13 who have a Facebook account and 5 million under 10 years, thus violating the site's terms of service.

Study Compete.com month of January 2009 puts Facebook as a social networking service that is most used according to the number of monthly active users worldwide. Entertainment Weekly put it on the "best" list of the end of the decade with comments, "How do we stalk our former lovers, remember our coworkers' birthdays, disturb our friends, and play Scrabulous before Facebook was created?" Quantcast estimates Facebook has 138.9 million monthly visitors in the US in May 2011. According to Social Media Today in April 2010, around 41.6% of the population of the United States had a Facebook account. Even so, Facebook's market growth began to decline in a number of regions with the loss of 7 million active users in the United States and Canada in May 2011.

The name of this service comes from the name of the book given to students in the first academic year by several university administrations in the United States with the aim of helping students get to know each other. Facebook allows anyone at least 13 years to become a registered user on this site. 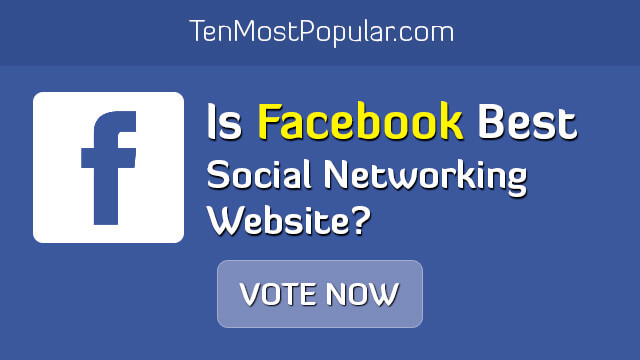