Google Chrome is a web browser created by Google through open source code. Its name is placed on the frame of the graphical user interface (GUI) i.e. Chrome. The name of this project is chromium and it has been released under BSD license. On September 2, 2008, beta version of Google Chrome for Microsoft Windows operating system was released in 43 languages. Google Chrome new browser will be based on the open source Linux code, in which the third party developer will also be able to create a favorable application.

Google Chrome is built with better security, better speed and stability. The most prominent characteristic of chrome is its speed and application performance. Its beta version was launched in March 2009. The new features added in the new version include the form auto fill, full page zoom, auto scroll and new type of drag tab. The look of this browser's homepage is like the classic Google homepage which is fast and clear.

Using Google Chrome does not open an empty page just like other browsers, but it displays a thumbnail view of the last few web pages most used by a browser user, when clicked, the desired page opens. For this reason the user can navigate quickly to his desired pages.

The benefit of the Omnibox available in it is that you can search directly in Google, without opening Google. For example, putting the Olympics in the address bar only gives information about the website related to it, as well as the facility to recover incomplete and incorrect addresses.

A lot of advertisements are made for the browser, such as via a permanent banner on YouTube, billboards on buildings and advertisements in newspapers and magazines. According to StatCounter, Google Chrome was used by 54% percent of internet surfers in November 2015. This makes it the most used of all web browsers.

Google Chrome has the following options:

Chromium source code is released under a BSD license. However, the built-in PDF reader, which also provides the print preview in Chrome, is closed source, so not available in Chromium.

Google Chrome users must agree to the Google Chrome Terms of Service. An article on Slashdot has drawn attention to a passage in these conditions:

"By providing, publishing or displaying Content through or through the Services, you grant Google a perpetual, irrevocable, worldwide, royalty-free and non-exclusive license to reproduce, adapt, modify, translate, publish, distribute, publicly perform and display this Content."

The passage in question appeared to be a misunderstanding, coming from the general terms and conditions that Google generally uses for its products. Google has since removed this passage from the license terms. The change will apply retroactively to all Google Chrome users.

A user who does not want to subscribe to this agreement can bypass it by downloading the source code and compiling it themselves. For the Windows version, this requires Microsoft Visual Studio 2005. You can also use a version compiled by someone else. These self-built versions must be called Chromium, not Chrome.

Although Chrome has been repeatedly praised for security, it was written off by Secunia as the software with the most security breaches (in Windows). With 291 vulnerabilities, Chrome was the leader, ahead of its competitor Firefox with 257 leaks. Microsoft's Internet Explorer appeared to have only 41 leaks.

"Google Chrome" is at the 28th Position in this list. 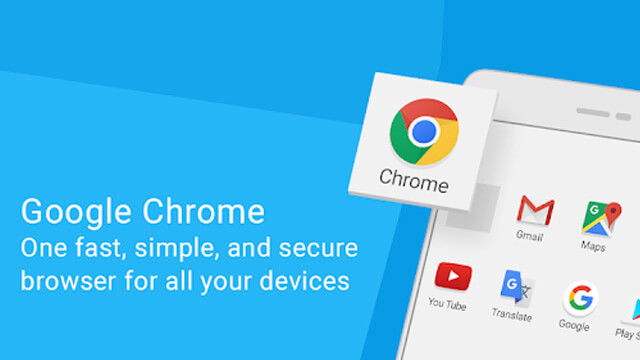