FacebookTwitterWhatsAppEmail
Sony was founded on May 7, 1946 under the Tokyo Telecommunication Company with around 20 employees. Their first consumer product was a rice cooker in the late 1940s. As Sony developed as a large international company, he bought another company that had a longer history including Columbia Records (the oldest extant record company, founded in 1888).

When Tokyo Tsushin Kogyo was looking for a name that had been romanized (not in Japanese language or writing) to market their company, they considered strongly to use their abbreviation, TTK. The reason they didn't choose it was because there was a Tokyo Kyuko railway company which was then known as TKK.

The name "Sony" was chosen as a combination of Latin sonus, which is the root of sonic and sound, and the English word sonny (little boy) which after combined means a small group of young people who have the energy and strong will towards ideas that are not limited. At that time, it was very strange for a Japanese company to use Roman letters to spell his name, let alone the use of phonetic characters used in Japanese writing (rather than using Chinese characters). And in 1958 the company began formally adopting the name "Sony Corporation" as the company name. Easy to use and easy to spell in all languages ​​of the world.

"Sony Corporation" is at the 7th Position in this list. 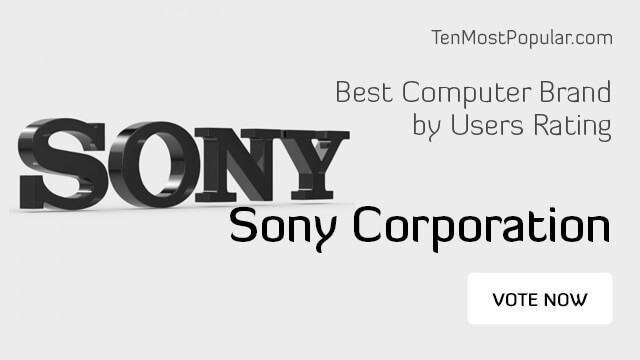