LG Electronics is a South Korean producer of, for example, television sets and mobile phones. Headquartered in the LG Twin Towers in Yeouido, South Korea, LG Electronics is the flagship of the LG Group, one of the world's largest conglomerates. The company has 75 subsidiaries worldwide that design and manufacture televisions, home appliances and telecommunications devices.

LG Electronics is one of the largest consumer electronics companies in the world. It develops technological advances in electronics, mobile communications and household appliances and offers employment to more than 84,000 people today. Based in Seoul, South Korea, it is one of the world's largest electronic conglomerates. It has 75 subsidiaries worldwide. It is a brand of LG Corporation, manufacturer of electronic products, mobile phones and petrochemicals.

In 2005, LG was one of the 100 Outstanding Global brands, and in 2006, LG registered a growth of 14%. It is now one of the most important manufacturer of plasma panels in the world (its affiliate, LG Display, is one of the largest manufacturers of liquid crystal displays).

In 2006, the company's cell phone division, LG Mobile, marketed the LG Chocolate phone. As a result, the company was selected as "Design Team of the Year" Award Red Dot Design Award in 2006-2007.

In April 2018, LG Electronics announces the acquisition of ZKW Holding, an Austrian manufacturer of automotive lamps, for $ 1.3 billion.

The company was originally established in 1958 as GoldStar, producing radios, televisions, refrigerators, washing machines, and air conditioners. LG Corporation was created with the merger of two consortia of Korean companies, Lucky (from the Korean "Nakhui") and GoldStar, from which the abbreviation of LG was derived.

During the IFA in Berlin in 2018, LG introduced the world's first 8K OLED TV.

The company markets products in the following areas:

The letters L and G within a circle symbolize the world, the future, youth, humanity and technology. The symbol consists of two elements: the LG logo in the gray of LG and the stylized image of a human face, in the original red of LG. Red, which is the main color, represents sympathy and optimism.

In November 2013, a breach of privacy was discovered in which LG TVs send the names of the files played even if they are local.

In 2019, the lifespan of a LG washing machine is only 4.6 years. The Stop Obsolescence program and Murfy, a company specializing in the repair of household appliances, notably question the "intentionality of irreparability", as the spare parts that would make it possible to repair these appliances are made inaccessible and expensive by the manufacturer.

In 2009 the company closes two plants in Mexicali (Mexico) that manufactured LCD TVs and mobile phones.

LG Electronics announced in April 2019 the closure of the plant in Pyeongtaek (South Korea) which manufactured high-end smartphones. Production will be relocated to Vietnam.

"LG Electronics" is at the 14th Position in this list. 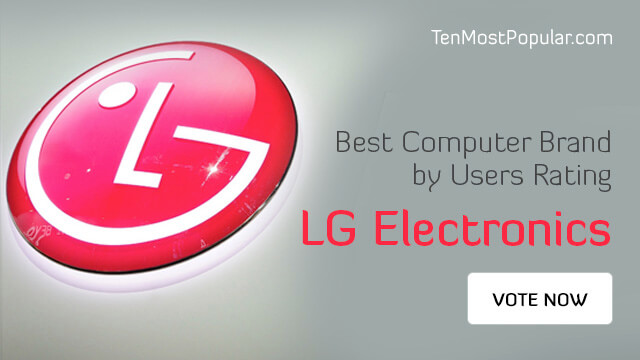