HP Inc. - American IT- company, formed in 2015 with Hewlett Packard Enterprise as a result of the division of Hewlett-Packard, inherited the production of personal computers and printers. He is the assignee of Hewlett-Packard, because it retained the original NYSE sticker HPQ and official site in the hp.com domain, which was in effect before the separation. The number of employees at the time of the partition is about 50 thousand. The general director is Dion Wisler. The company's production facilities are located in the USA, Singapore, Malaysia, Israel and other countries.

It is the leading company in the sale of printers in the world and the second worldwide in the sale of personal and portable computers, after which in July 2013 it was surpassed by Lenovo.

In September 2014, the division of Hewlett-Packard Company into HP Inc. was announced, which went into the production of personal computers and printers, and Hewlett Packard Enterprise - which went into the production of servers and IT services for corporate clients. The separation was completed on October 31, 2015 (the last day of the fiscal year companies) and during the division of the parent company Hewlett-Packard, revenues in the fiscal year 2015 ended were divided approximately equally: for HP Inc. $ 57.3 billion was recorded, and $ 53 billion for Hewlett Packard Enterprise. But the assets were not evenly distributed - out of $ 103 billion by HP Inc. only $ 29 billion went to it (Hewlett Packard Enterprise got 74 billion), and most of the debt was left to HP Inc. and she got a deficit of equity (that is, debt obligations exceed the size of assets) by $ 4 billion.

Behind the updated HP Inc. almost all the attributes of the old Hewlett-Packard Company were retained - many board members remained from the old company, the old NYSE sticker HPQ, the old HP brand, the old corporate identity: font and colors - blue and white, the old domain name of the official site - hp. com, but she received a new central office address - 1501 Page Mill Road, Palo Alto. In contrast to the Hewlett Packard Enterprise, which was essentially created as a new company, somewhat distancing itself from the old Hewlett-Packard Company, it received a new board of directors, a new NYSE sticker HPE, she formed a new brand - HPE and a new corporate identity: the font and colors are azure with gray, the new domain name of the official site is hpe.com, but the old head office address is 3000 Hanover Street, Palo Alto.

About 63% of revenues in 2016 came from outside the United States.

On October 6, 2014, Hewlett-Packard announced its division into two companies that would be listed separately in the stock market, so that its computer and printer business would operate independently of its corporate services and equipment unit.

In September 2016, HP Inc. announced the purchase of a $ 1.05 billion printers and copiers division of Samsung Electronics Co. The deal is expected to "accelerate HP’s development in the field of photocopiers, strengthen its portfolio of laser printing products, and set the stage for further innovations. in the field of printing".

For the three-month reporting period ended October 31, 2017, HP Inc. net profit reached $ 660 million against $ 492 million in profit a year earlier. Sales increased from $ 12.5 billion to $ 13.9 billion. The company's quarterly revenue growth was the fifth in a row.

Under the Hewlett-Packard Company, shareholders received one share of HP Inc. each and Hewlett Packard Enterprise for each share of the original company. Therefore, the share capital of HP Inc. turned out to be divided into 1.683 billion shares, the total value of which (the company's market capitalization) amounted to $ 29 billion in July 2017. 80.6% of HP Inc. owned by institutional investors, the largest of which are:

"HP Inc. (formerly Hewlett-Packard)" is at the 28th Position in this list. 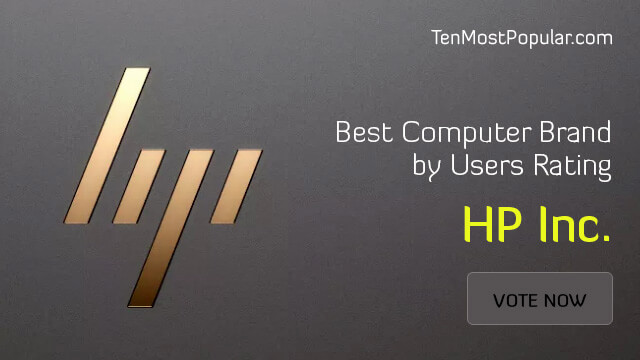