Cisco Systems, Inc. is a company founded in 1984 that originally specialized in routers. Today, Cisco produces and sells a wide variety of network equipment for large companies and telecom companies.

The company calls itself a Worldwide Leader in Networking for the Internet ("world leader in internet networks"). For example, the Cisco site in Kortrijk (Belgium) develops equipment for the transmission of digital television images.

The Leonard Bosack and Sandra Lerner couple worked as computer assistants at Stanford University, and founded Cisco Systems in 1984. Bosack adapted router software, which a colleague of his had started a few years earlier.

Although Cisco was not the first company to develop and sell a router, it was the first company to successfully develop a multi-protocol router with which previously incompatible computers could communicate with each other. With the rise of the IP protocol, the importance of these routers became less.

In 1990 the company went public: it was listed on the Nasdaq stock exchange. Bosack and Lerner left the company with $170 million, their marriage failed.

Through acquisitions, in-house research and development, and partnerships, Cisco expanded its portfolio. In 2003, Cisco acquired Linksys, a popular manufacturer of network equipment that also positioned itself as a leading brand for the SOHO market.

Origin of the name

The name "Cisco" is a shortening or aphaeresis from San Francisco. According to John Morgridge, Cisco employee and former leader, the founders came up with the name and logo when they drove to Sacramento to register the company. The name of the company was originally written with a small c because of its origin: "cisco Systems". Today, the company is officially called "Cisco Systems, Inc".

Cisco had a new office building built on Haarlerbergweg in Amsterdam-Zuidoost in 2001/2002. It was a reserve location that Cisco would move into here after a spot in Amsterdam Westpoort had expired, the company could expand here. The design of the office building was in the hands of HOK, which would later also build an office for Cisco in San Jose, California. They had just designed the PTA (Passenger Terminal Amsterdam) just before that. Initially it looked as though Cisco would use the entire building, this turned out to be too widely used later, several companies, such as ING Group, entered the building.

"Cisco Systems" is at the 20th Position in this list. 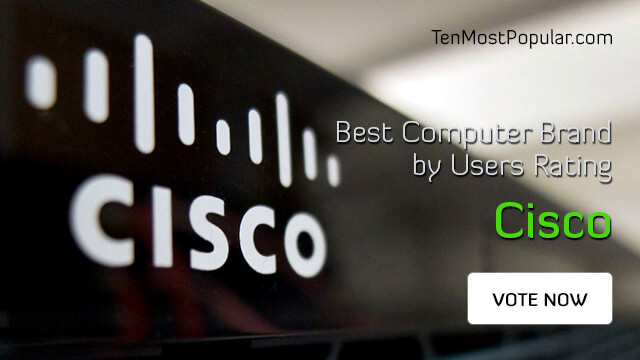