Apple Inc. is an American electronics company founded on April 1, 1976 (at the time it was called Apple Computer, Inc.) by Steve Jobs, Steve Wozniak and Ronald Wayne. The company is based in Cupertino, California.

Apple is best known for its series of Apple Macintosh computers, the iPod muziekspelers the iPhone - smartphone and iPad. Besides hardware, it also develops a lot of software for its own macOS, but also for Windows. At the end of the seventies, Apple became known with the Apple II, one of the first successful personal computers in the world. The Apple II played an essential role in the rise of the PC market. This series of small successes, however, came to an abrupt end due to imminent bankruptcy. In 1997 the company was on the brink of collapse, but with an investment of 160 million dollars (by Microsoft) the company got back on its feet. Microsoft has since been a shareholder.

Today Apple Inc. enjoys of a very recognizable logo, which it often uses to promote the company. At the end of 2009, Apple was named brand of the decade by the American advertising magazine AdWeek. The AdWeek editorial team attributed the brand's success to former CEO Steve Jobs, who was called "the embodiment of the brand" and "a brilliant marketer."

Apple has greatly contributed to the creation of a window environment with a mouse pointer. When IBM prepared to enter the early PC market, Apple had to come up with a revolutionary new product to resist IBM. The means for this would come from an unexpected corner. Apple had built up a reputation in the late 1970s as a progressive computer company in Silicon Valley. This allowed the company to bring in some ambitious Xerox PARC employees and advised Apple founder Steve Jobs to take a look at PARC's pioneering computer interface. Since the Xerox board saw little in the computer mouse and graphical user environment (GUI), they also saw no objection to allowing Apple a look inside the PARC center. In exchange for shares in Apple, Jobs and his team were shown around Xerox PARC in December 1979 and various demonstrations were given. After acquiring the necessary inspiration Steve Jobs quickly realized the potential of the GUI concepts were developed by Xerox - engineers. After that visit, he set up teams within Apple that would develop a user-friendly, graphical working environment under the leadership of Jef Raskin. This initially resulted in the Apple Lisa, but came to fruition in 1984 with the introduction of the Macintosh. The graphical user environment in Apple's computers would later be named Mac OS.

On July 6, 2011, Steve Jobs announced at a local conference that he wanted to have a new space headquarters in Cupertino, California, on a plot of land purchased from Hewlett-Packard. The complex must accommodate 15,000 people, and will contain a lot of nature in addition to the huge building. Hence the name Apple Park. A large part of the building will consist of glass, whereby no piece of straight glass will be found. There will also be a large underground parking garage, presentation hall, fitness room and an energy center where Apple wants to generate its own energy. The building must be finished in 2015. Building plans for the new building have been released.

Apple has been criticized for, among other things, the following:

In 1991 the company and Ireland made tax agreements that were very beneficial to Apple. The European Commission (EC) investigated this and came to the conclusion in 2016 that the tax benefit is comparable to illegal state aid. According to the commission, Apple effectively paid 1% tax in 2003 and only 0.005% in 2014. Apple ran its international profit through Ireland to minimize tax payments. The EC demanded that Ireland collect more than 13 billion euros in back taxes from Apple. Both appealed against the EC decision. As long as the European Court of Justicehas not yet made a statement, the billions amount is in a neutral suspense account.

"Apple" is at the 27th Position in this list. 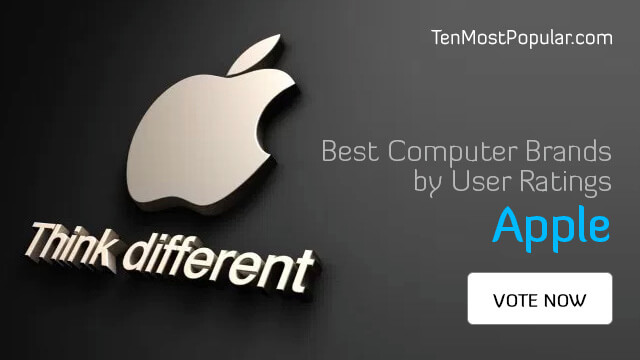