FacebookTwitterWhatsAppEmail
Salvator Mundi is a painting of Jesus Christ as Salvator Mundi (Savior of the World), which is linked by famous painter Leonardo da Vinci in approximately 1500, before it was discovered back in 2005. The relationship has been disputed by several other experts. Considered to have long been lost, it was restored and exhibited in 2011. The painting shows Christ in medieval clothing, agreeing with his right hand lifted as he crossed his fingers while holding the crystal ball in his hands.

The painting was sold at an auction at the Christie's auction hall in New York on November 15, 2017. It was sold for US $ 450.3 million, setting new marks for the most expensive painting ever sold.

"Salvator Mundi" is at the 6th Position in this list. 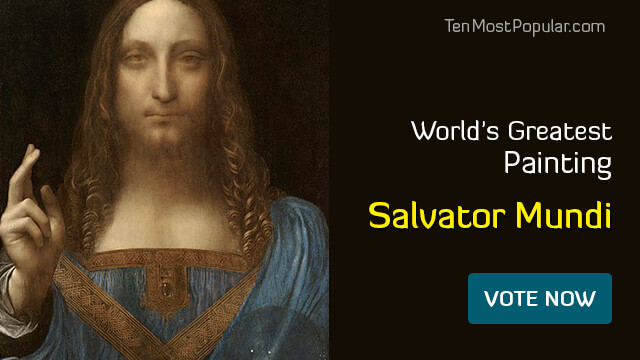