FacebookTwitterWhatsAppEmail
No. 5, 1948 is a painting by the American artist Jackson Pollock. With a reported purchase price of $140 million, it has long been considered the most expensive picture of all time. Meanwhile, this is for 450.3 million US dollars sold image Salvator Mundi by Leonardo da Vinci of the front runners.

The picture was painted in the style of Action Painting, a direction of Abstract Expressionism, on a fibreboard and measures 243.8 × 121.9 inches. Mostly brown and yellow paint was dripped onto the plate and sprayed.

The painting, which was on display in the Museum of Modern Art in the presence of David Geffen's property, is now privately owned. According to a New York Times report dated November 2, 2006, the picture was sold to a Mexican by his then-owner David Geffen in a $140 million private transaction. As a buyer, the entrepreneur David Martínez is accepted. However, Martinez's lawyers denied that Martinez would be owned or the image would have an option to purchase. 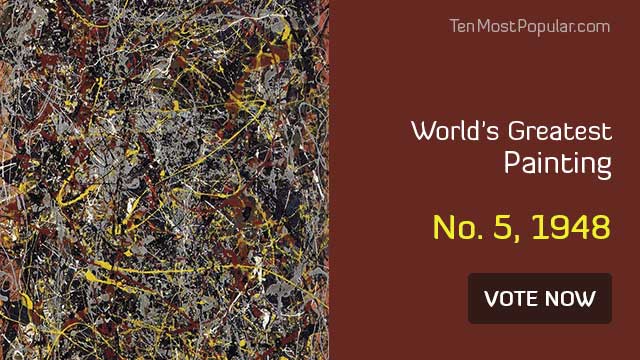