FacebookTwitterWhatsAppEmail
The horse is one of the two abandoned subspecies of Equus ferus. They are hetero-finger rudder mammal, which belongs to the Equidae dynasty. The real history of making the horse pet is unknown. Some believe that 7,000 years ago, Aryan raised the horse for the first time near Southern Russia. Many scientists and writers kept Aryan history completely secretive and the place for domestication to the horse is called Southern East Asia. But the reality is that the Aryan ancestors had made the horse domesticated before eternity, which spread from Asia to Europe, Egypt then America etc.

"Horse" is at the 1st Position in this list. 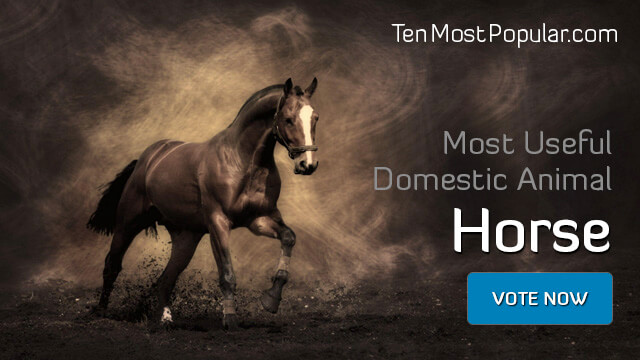